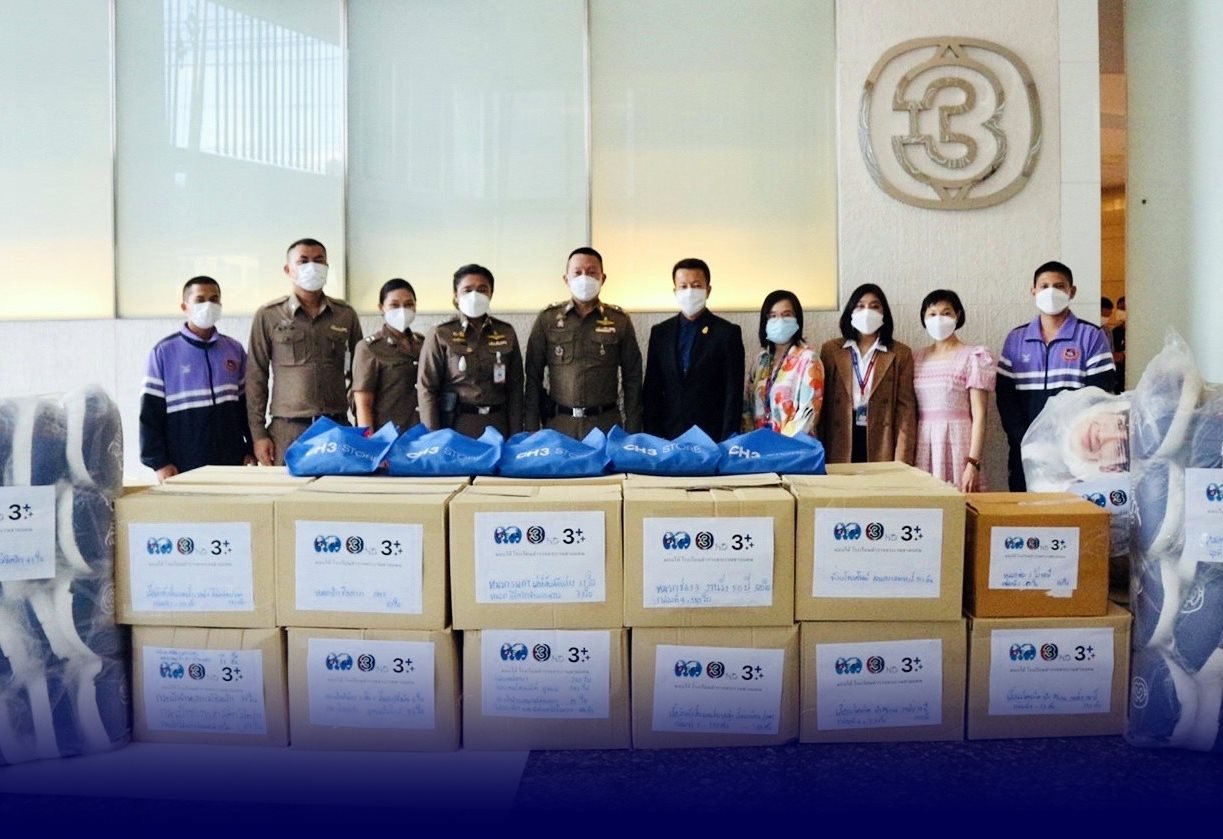 On the same day, Channel 3 donated items from Channel 3 Store to Foundation for the Blind in Thailand to deliver to the teachers and students who are blind or visually impaired. The donated items were expected to be reused in producing learning materials and other school activities. Miss Charassri Srimanee, Head Office Administration, was at the event to receive the items.

For over 52 years, Channel 3 has brought happiness among Thai people nationwide and stand alongside Thai society as a family member does by delivering good TV programs and drama series along with doing good deeds for Thai society.