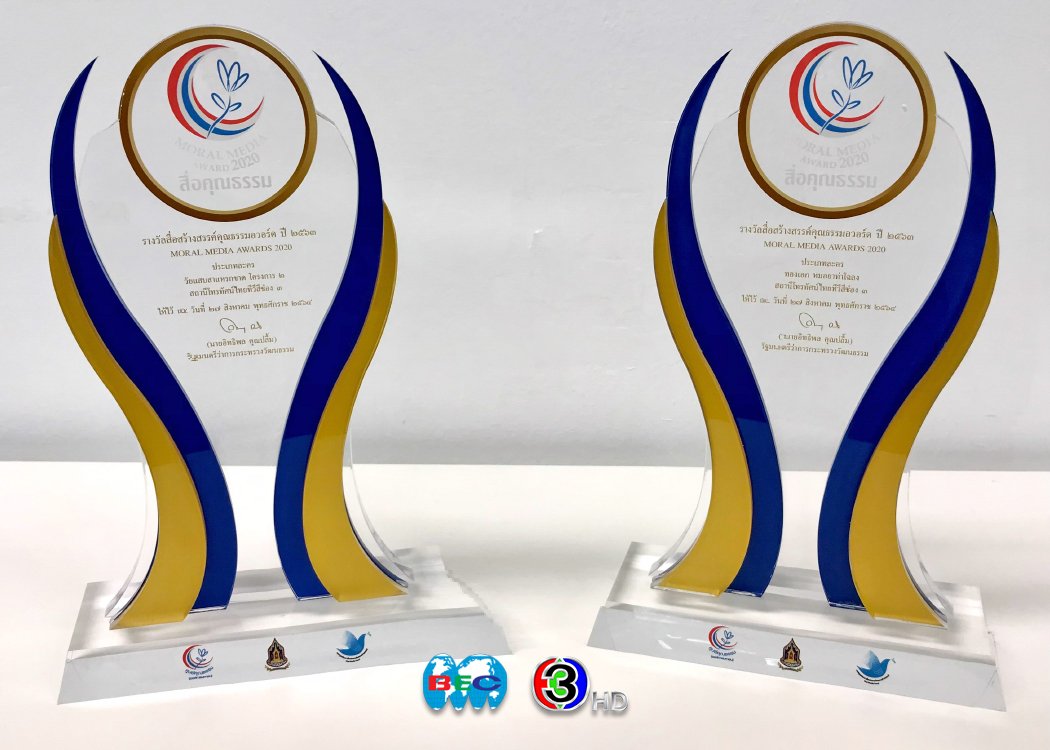 Channel 3 as public media which continues to run its business as role model by presenting news and entertainment programs containing valuable and quality content to Thai society received “Moral Media Awards 2020” for TV drama awards, namely “Thong Ek Mhorya Tha Chalong” and “Wai Sab Saraek Kad Project 2”, organized by Moral Promotion Center (Public Organization) and Thai Media Fund, established under the supervision of the Minister of Culture to honor persons and entities which widely promote moral, ethics and values in the Thai Society to raise awareness of morality and create righteous conscience for all Thais by creating media contents in their own way. The “Moral Media Awards 2020” was organized as the first year which considered from 315 pieces of media work in 9 categories during Year 2019-2020. 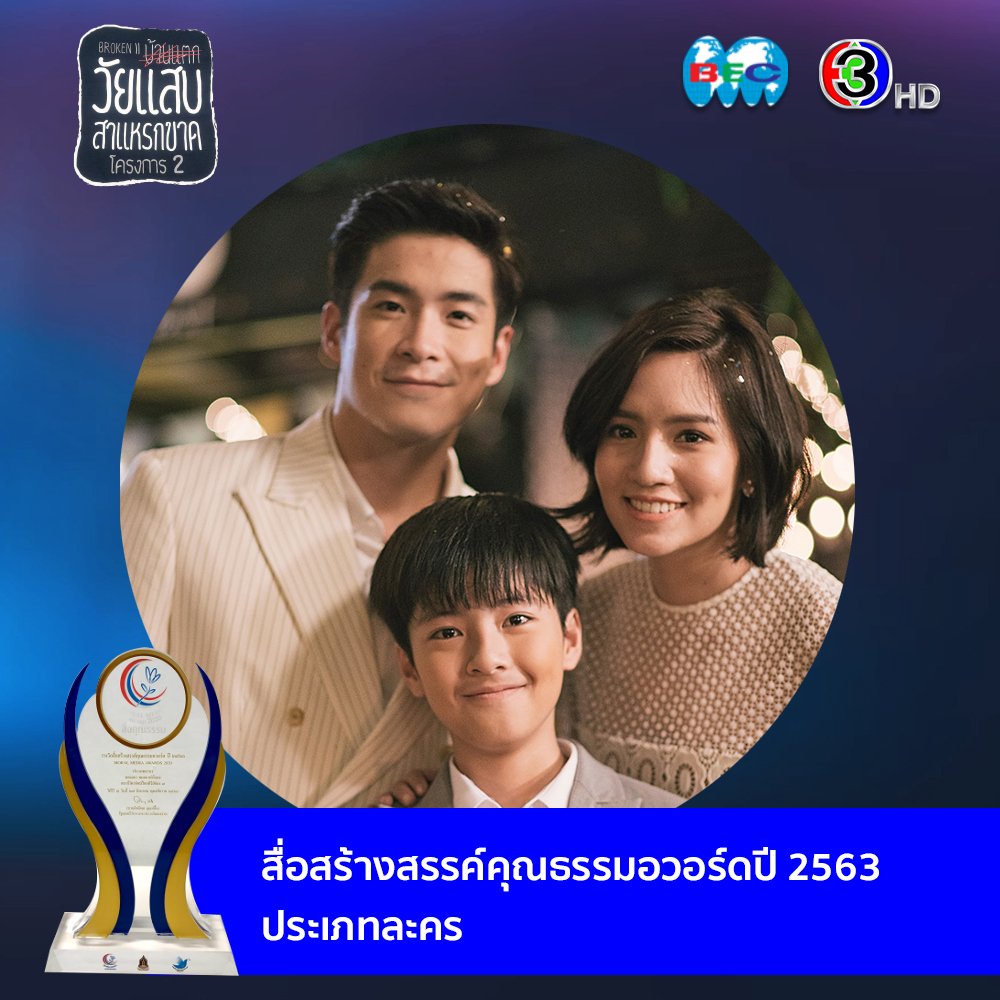 The award was presented via Virtual Live on 27th August 2021. Mr. Itthiphol Kunplome, Minister of Culture, attended the event and expressed the appreciation for the award recipients and thanks for the dedication and hard work of all media. The awards become the inspiration for further strong and effective media production of moral and ethics to Thai society. 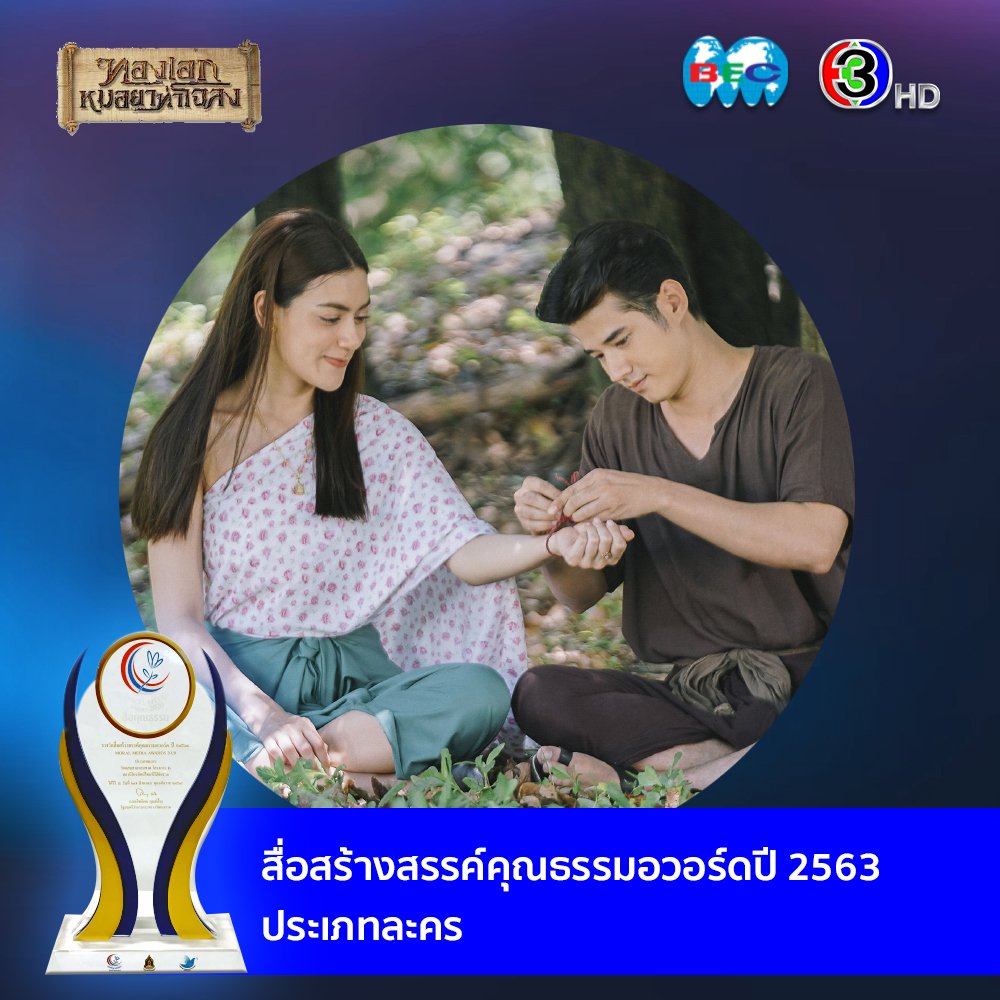